The problem with a lot of these apps is they typically don’t actually need to be traditional apps. The only reason to have a proprietary app developed for the various mobile environments is to enable interaction with hardware on the device. Things like working with bluetooth, audio or customising use of the devices camera. Most apps that have been developed don’t need this, and this is where progressive web apps (PWA’s) can offer a cost effective solution.

Most of the functionality that these apps need can easily be covered with a web page. Doing this gives universal compatibility between mobile devices, desktop computers – basically anything with a web browser. This means developing for one environment, and knowing it will work everywhere. This takes much less time, and as its using standard web formatting, there is a much wider available pool of developers who can assist.

The biggest hurdle to using web technology on mobile devices has always been that its doesn’t work when there is no connectivity to the internet. Thankfully this is where progressive web apps come into their own. Progressive web apps add a layer of functionality that allows offline caching of data, both with the use of databases embedded into the web browsers themselves, and tools to detect if we have connectivity to the source web servers or not in order to use the local (on device) storage or not.

The other advantage of progressive web apps is that they are now accepted in both of the mobile environment application stores. Standard web pages don’t get that luxury. Standard apps have a long approval process for each and every update you release through the app stores, whereas PWA’s you can update on the fly whenever you need, so any security or bug fixes are on-device the next time the users device has internet connectivity. This is a major improvement especially if you were to release into production with any issues – waiting a week or so to get an update approved can be fatal to your brand.

So – PWA’s are cost effective, have wide compatibility across devices and platforms, and are easier to maintain long term. If you don’t need any hardware integration outside of what a standard web browser can do, then they make a lot of sense. If you are in need of an application for mobile devices, get in contact and we can talk through the various options, and what will suit your needs best. 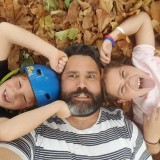 Co-founder at Webmad, Stephen is part of the website development team, and is keen on solving problems for businesses using web tools. When he's not maintaining and developing systems, he is a keen audio engineer involved with live sound and studio recording, or hanging out with his family at skate parks and local markets